Special Quest is a special mission, you get a special item that you can not find otherwise. The ring can be obtained from the Special Quest only once (If you canceled the quest it will come back again). Special Quest will appear when the player has made 20 consecutive Quests or has canceled quests 1-2 times.

Details of Special Quest
All properties added to the Ancient Ring loose their power if the character is a level higher than the predetermined level of the ring.
You can add up to 5 options to the Ancient Ring (Free Restat/Reskill quests do not count as option). Choose wisely.
Remove any added regular Ring to get the 5th option quest.

CAUTION: If you complete an option quest without wearing the ring it will not be added to the ring and you will not get the quest anymore.

Players must bring the Ancient Ring to the NPC named Historian. (Archeologist) He is based in Laglamia City, at coordinates 143,153. 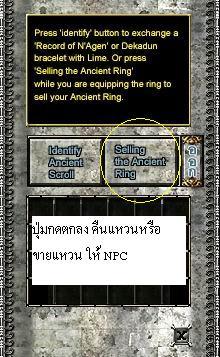 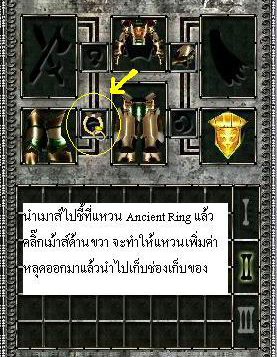 Ancient Ring Level 5 Quests (For lvl 301 and above)